Sports & Covid-19: the effects of the virus on the sporting industry

Let’s look at how Covid-19 has affected the sporting industry so far with teams, leagues and sports organisations trying to stay afloat and plan for the future in these turbulent times. 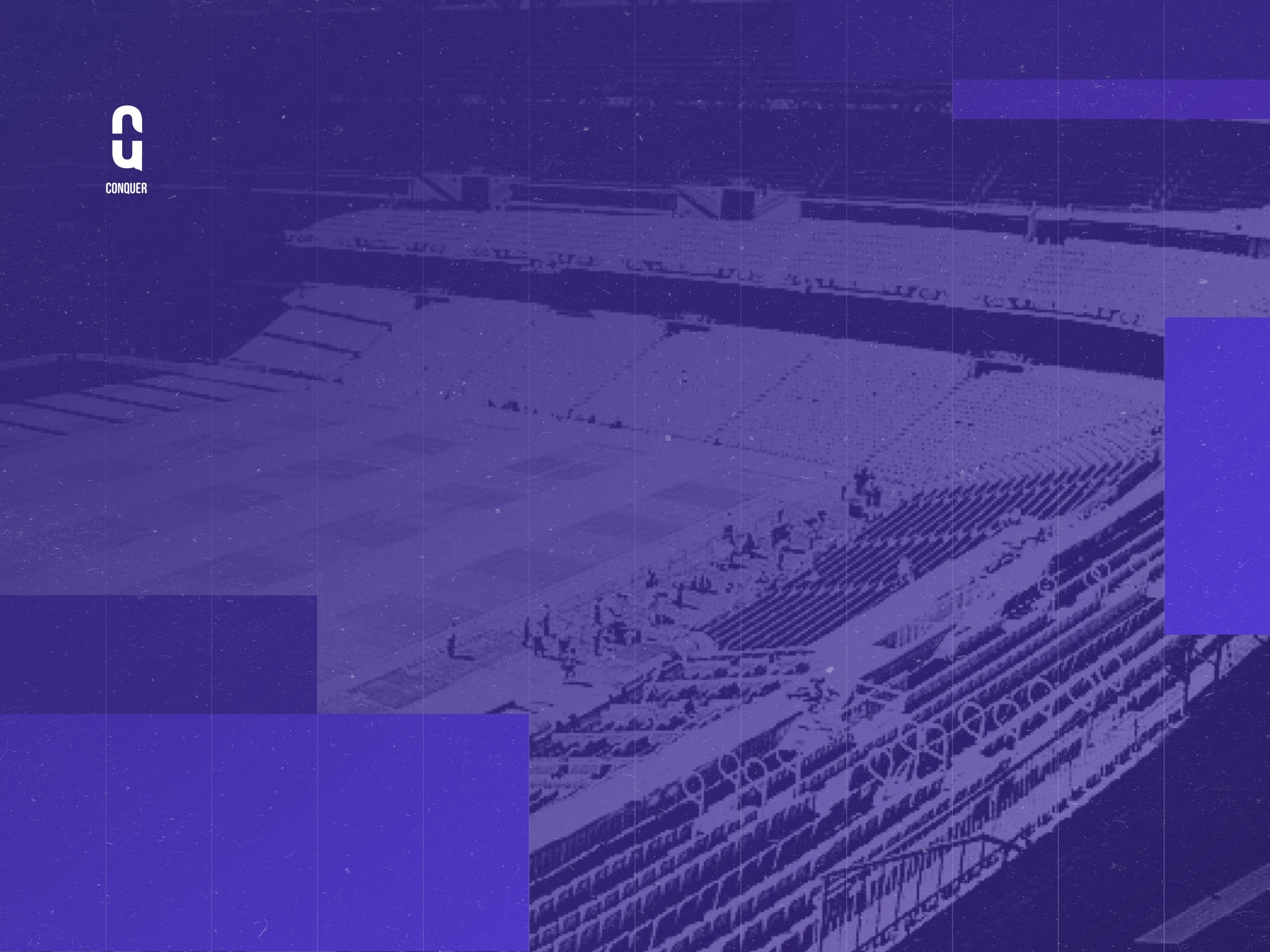 Professional sports all over the globe has come to a screeching halt. All major global tournaments and leagues have suspended, postponed or cancelled events, competitions and whole seasons. What a lineup we have here: FIFA, FIBA, NBA, Premier League, Formula 1, ATP, Seria A, La Liga, Bundesliga, NFL, IPL, MLS, Ligue 1 and even the International Olympic Committee. These are just some of the major events that hang midair as coronavirus continues its global spread. 2020 was supposed to be the biggest year in sports - but sport got canceled. Indeed, nobody can even recall a situation like this, even during war time.

With the sports industry at a standstill - the fans have been taken by surprise as well. Sport is such a big part of our everyday routine. Sport tournaments, qualifications, competitions and cups helping us navigate and push through our mundane weeks, getting us to relax, shift focus and escape. Now it’s all on hold. As if somebody just accidentally pressed pause on the remote. No games, no winners, no fans, no bets and whatnot. What a headache for those in the sports business, huh?

Let’s dig a bit deeper. Statista provides us with really interesting calculations of how the pandemic has affected various sports industry organisations. For instance, at the time when NBA season was suspended in March, there were still 259 games left in the 2019/20 NBA regular season. Combined gate revenue lost (as a result of the cancellations) was estimated at 350 and 450 million U.S. dollars and around 200 million non-ticket revenue from merchandise, food, parking fees etc. and that’s just within the US market itself.

In comparison, if we look at global events, as for instance Tokyo 2020 - we are talking billions. The Olympic Games were due to take place in Tokyo at the end of July. However, on March 24th, the International Olympic Committee decided to delay the Games until 2021. With the upcoming event hanging in the air, this year the organisers stand to lose over 900 million U.S. dollars committed by over 70 local sponsorship partners in Japan alone. Loss of advertising through broadcaster networks is estimated as high as 1.2 billion U.S. dollars.

That are some numbers. But if we look at sports worldwide - we are talking hundreds of billions of losses in revenue, contracts, sponsorship deals and much more, but we guess this part of the picture was pretty much clear to you already.

‍In and out with sponsorships

‍Sponsorship - is what gets sports going. In fact, sport sponsorship has been thriving for the past few years and was being rediscovered as a novel marketing channel worldwide, with sponsorship budgets increasing every season. To no surprise the shockwave of the coronavirus is going to have some impact. What is more unclear is what will happen with all sponsorship contracts and shared marketing campaigns. Every sponsorship contract is different, but without doubt professional sport sponsorship deals include Force Majeure clauses. Some kind of provisions that protect against unforeseeable and uncontrollable events, what in the insurance industry would be called an “act of god”. COVID-19 pandemic certainly qualifies as one.

We should agree that in the interest of maintaining commercial relationships, sponsors and brands will likely look for compromises on how to solve this emerging situation. A lot of sponsors are really invested in their partnerships, whether it's a major league, team, event or tournament. Because of the vivid relationship, most things are likely to be worked out in a sensible manner, partner to partner. In other words, long-term partnerships should one more time think long-term. Nevertheless, it might be the other way around for smaller teams and organisations with relatively large sponsorship investments. They might find themselves in a real pickle and in dire need of some creative solutions on how to integrate sponsors.

Despite the good nature of sports partnerships, some of them could get really sour. If seasons and tournaments are called off, sponsors might find themselves in a tricky position where they’ve paid a significant amount for sponsorship rights and have those rights severely shrunken in value. Furthermore, sponsors are likely creating campaigns, developing marketing assets, engaging third party agencies and freelancers to help and otherwise invest time and resources in preparing for upcoming events and campaigns.

If competitions will get canceled overall, then sponsors will have limited ability to extract the value of the collaboration. Since sport sponsorship of major events can often contribute to a meaningful portion of the brand’s overall marketing strategy performance and budget, this can have drastic consequences and losses we’ve never expected before. With this in mind brands are likely to shift their marketing course and budgets to other channels that are Corona-proof.

Is there a win-win here?‍

It seems almost impossible to turn our heads around and find a win-win solution. In fact, losses will happen despite our efforts. However, the loss effects are less severe for annual or rescheduled events. Then, a sensible solution may be for the sponsor and promoter to simply carry over the sponsorship to next year’s event. It won’t always be clean or even possible to reschedule an event, but in the majority of cases, sponsors and promoters will need to find a commercial and working solution, rather than take on to a legal dispute. Rescheduling might be the way out as it seems to tick all the boxes for a good alternative.

It will not be as expensive for brands to allocate and edit their marketing assets while simply rescheduling compared to a severe cancellation. Just think of the amount of anticipation and excitement those games will have when back. Fans will be thirsty for broadcasts, relevant content and sports-related engagement more than ever. That’s exactly what sponsorships should be doing at the moment - strategically planning and preparing. It’s always tough to admit that the season is over but it is. Now is the time to get ahead of the competition, to take advantage of the situation, to be creative and to rethink sponsorship efforts & rights usage. Going more digital is clearly going to dominate the discussion.

Some organizations have already moved quickly to try and get in front of the cancellations. This includes Las Vegas-based Sports Gambling Podcast, which is running a simulated series of NCAA games on social media. NBA together with ESPN is hosting a series of NBA 2K Players Tournament where true NBA players represent their teams and compete against each other at home. Then they announced NBA players will compete in a game of HORSE. There you have it, a blank canvas for a variety of new brand placements and lots of sponsorship opportunities. New format and content might shift to a younger audience compared to live sports like college football, where brands can target older or wealthier fans. Nonetheless, it is a great alternative for any sports.

While a lot of brands are struggling with how to shift their sponsorship efforts, some went outrageously simple. Juventus together with Adidas released a series called Classic Matches where fans can relive iconic football matches one more time. Those iconic moments and goals and all the crunch time is powered by Adidas. Simple? Yes. Good? Indeed!

That is exactly the reason why we believe sensible sport organisations and sponsor brands will shift their attention to digital in the years to come. Offline engagement efforts will likely to be changed with online ones more often, whilst connecting and engaging fans both on-site and off-site. That’s a perfect fit for digital platforms, fanhub applications or any other screen experiences for the fans. These sponsorships could be as simple as supporting athletes who are showing off their training techniques at home via social media or really advanced solutions like AR-51, that lets athletes be filmed in a small three-on-three basketball game that consumers can watch as a 3-D hologram later on.

What is the main takeaway of all the chaos that coronavirus brougth to sports? Everybody will think more digital and we, as fans and businesses, should prepare for the future of a more digital sport. Being able to connect, reach and engage fans not only through on-site game experiences, but also via a new wave of digital experiences is going to be a big challenge for sports and brands. However, it is a crucial step for sport sponsorships to move forward and think about the long-term.

Recent posts
View all
2020 in Sports: Major Events
Sports sponsorship deals are hitting all-time highs. This is why you should join.
Sports Sponsorships in 2019
Ready to grow with Conquer?
Let's talk              